FOCUS: Dr. Allen is the principal investigator on over $3.3M of funded research ($5.5M if funds expended by others are included).  Our research group is focused on experimentally probing and analytically predicting the dynamic motion of structures, especially:

Some current projects are described below. (Note that this page is not updated frequently. See the Publications page for papers on our most recent projects.)

Read the news release at: https://engrsd.wiscweb.wisc.edu/nonlinear-designs/ 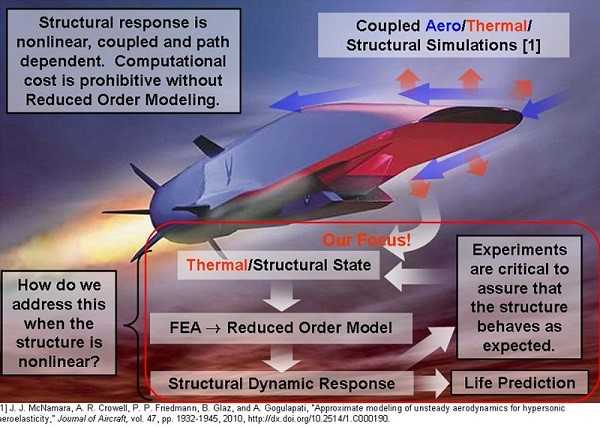 “Modeling and Identification of Damping due to Bolted Interfaces,” PI, Sandia National Laboratories, Program Manager: Matthew R.W. Brake, 2016-2018, $108k
The presentation below provides an overview to our work in this area. 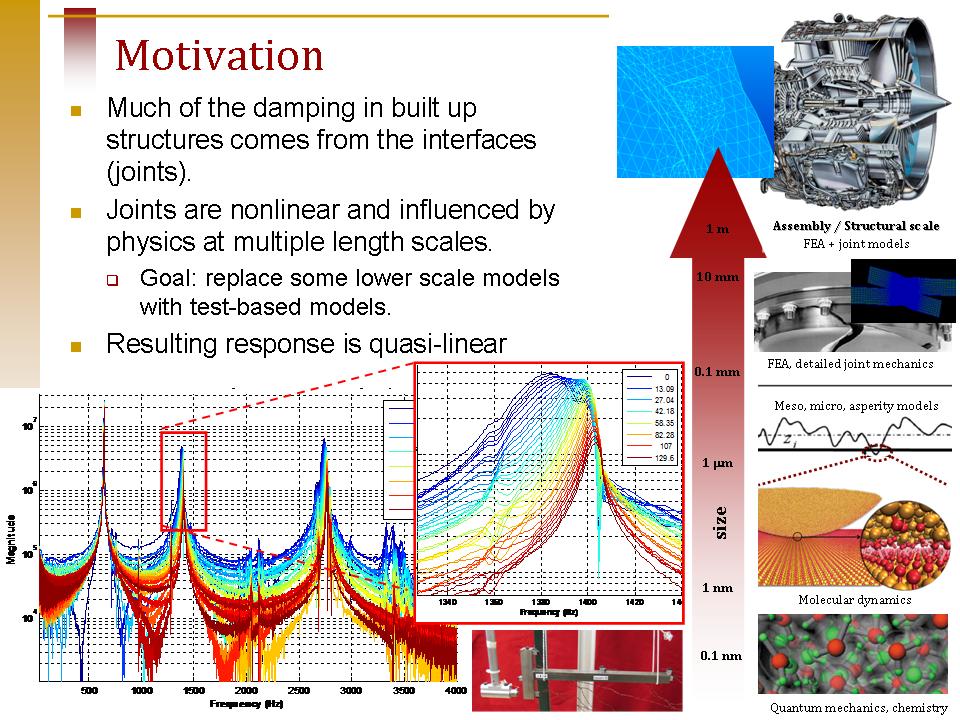 Also, a tutorial on this topic is available here.

“Noninvasive Assessment of in Vivo Tissue Loads to Enhance the Treatment of Gait Disorders,” Collaborative Research with the UW-Madison Neuromuscular Biomechanics Group, “Gauging force by tapping tendons,”.  For athletes and weekend warriors alike, returning from a tendon injury too soon often ensures a trip right back to physical therapy. However, a new technology developed by University of Wisconsin-Madison engineers could one day help tell whether your tendons are ready for action…. (Click here to read the full article) 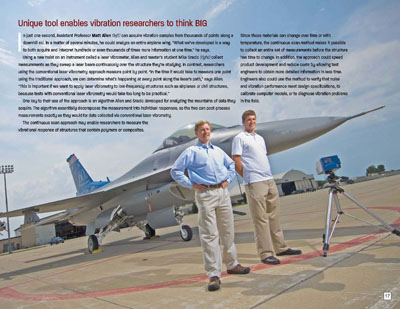 Allen & Sracic recently showed that newly developed system identification methods can be used to increase the spatial resolution of laser vibrometer measurements by at least two orders of magnitude.  The new method produces high-resolution measurements of the deflection shape of the structure, in the time that traditional methods require for a single point.  Further advances have allowed this method to be used to find the vibration modes of a wind turbine blade as it vibrated due to ambient wind.  This information can be used to modify the design of a turbine to avoid failure, or to monitor the health of the turbine in the field.  Click on the picture below for more information. 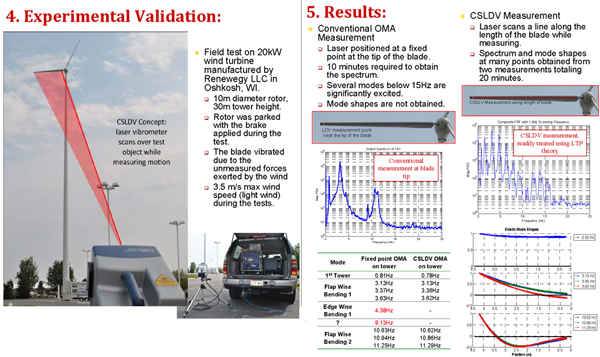 For a video showing how continuous-scan laser vibrometry (CSLDV) works, follow this link to see a video of a CSLDV test on a downhill ski: (Low Resolution 18 MB), (High Resolution 68 MB)

Read the news release at https://engrsd.wiscweb.wisc.edu/sr71/.

“Experimental/Analytical Substructuring under Uncertainty,”co-PI, Sandia National Laboratories, 2007-2015*, $239,604* (*total of ongoing grants through 2012).
The natural frequencies of a system depend on the dynamic properties of all of its parts.  For example, this means that one cannot say whether the crankshaft of an engine will fail due to resonant vibration without knowing the dynamic properties of the transmission, axles, tires, etc…  This is a challenge since each of these parts may be built by a different supplier.  This work is developing new methods of predicting the dynamics of assemblies such as these.  One can avoid having to create a simulation model for a certain subcomponent (which may be difficult to model) by performing a dynamic test and coupling the test model to the model for the rest of the system.  Experimental models contain different types of uncertainties than analytical models, and these issues must be considered to obtain meaningful predictions. 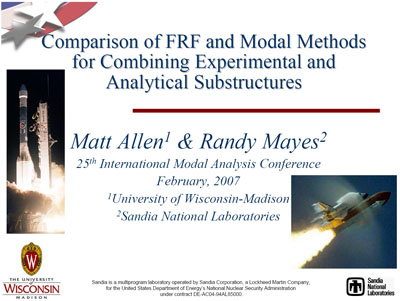 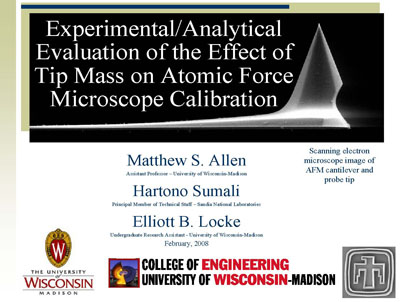 The Atomic Force Microscope is a versatile new tool that allows one to image, manipulate and probe structures ranging in size from hundreds of microns (the size of common cells) down to individual atoms in a lattice.  The AFM has already contributed to revolutionary advancements in surface science, biology, chemistry, electronics and medicine.  The AFM must be calibrated to determine the force that one is exerting on a sample.  This project evaluates the effect of assumptions that are made when calibrating AFM probes, some of which may reduce the accuracy of, or even invalidate, the calibration.  Click here to see a presentation describing some of our work in this area. 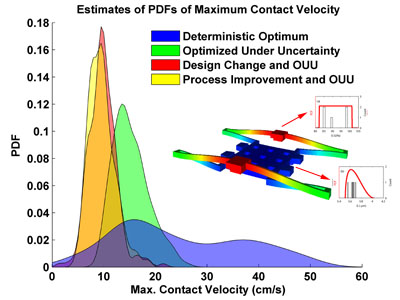 Image above shows Histograms of the contact velocity of a high-speed switch after optimization, considering the uncertainty in the manufacturing process.  If uncertainty is not considered, one obtains worse performance than if no optimization had been performed at all.  (click on the image above to see a presentation summarizing this work)

Some of Dr. Allen’s Research Prior to Joining UW-Madison: